What Makes the Enneagram Unique?

There are many personality profiling tools available these days, but it can be overwhelming trying to decide which one is best suited to an organisation’s needs. The Enneagram is a unique and powerful tool unlike any other. It is an assessment that is used worldwide for teams operating in complexity, but it is not a competency or skills assessment, nor a personality assessment in the traditional sense. The depth and simplicity of the Enneagram enables people to feel seen and understood in a unique way. Here are some of the main ways that the Enneagram differs from other tools and helps people work together more effectively.

One of the most important ways in which the Enneagram stands apart from other personality profiling tools is that it sheds light on our underlying motivation rather than how we behave, and classifies this according to one of nine core types. Because it focuses on our underlying drive in the world it provides a far deeper level of understanding of ourselves and others. In particular, it avoids the typical comparisons between people, or a more competitive stance, and shifts the focus from trying to be more or less of something, to acknowledging and accepting all types (this is explained further below). 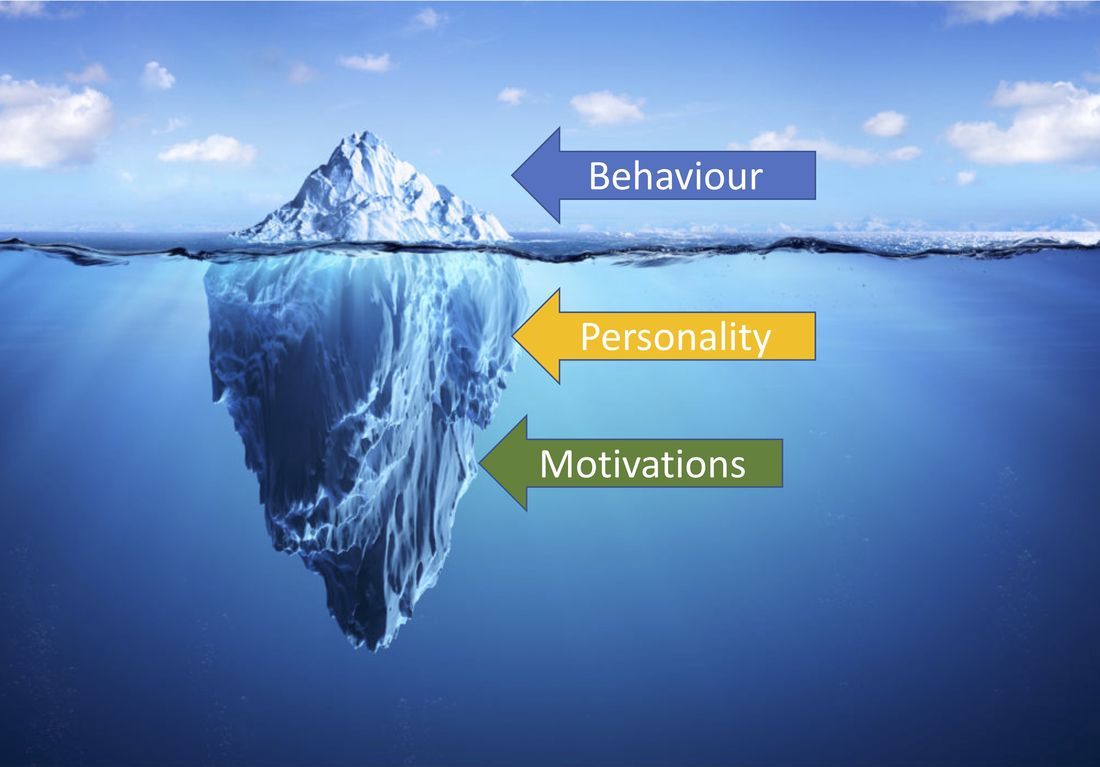 Once we are able to observe ourselves and others in terms of the underlying need rather than the superficial behaviour, we are more likely to understand each other in a much deeper way. A bit like the iceberg metaphor, rather than being focused on how someone is behaving, we can understand what is driving that behaviour. This shift in focus changes everything. We are able to be less judgemental of the person on the basis of the observed behaviour, and find greater compassion and acceptance, which in turn promotes more openness and greater trust between people. Additionally, if we can observe ourselves in action through the lens of knowing what is driving our own behaviour, we can find more compassion for ourselves.

Based on a Complete Theory of Personality

Although many profiling tools use psychology, the Enneagram is based on a complete and comprehensive theory of personality. Most of this was developed by an American-trained Chilean psychiatrist, Claudio Naranjo, based primarily on the work of Oscar Ichazo in Chile. Naranjo subsequently brought his theory to the USA in the early 70s, and later published two books directly conveying his interpretation of Ichazo’s material and integrating it with western psychology.

This theory of personality gives the Enneagram a far greater level of sophistication and depth than most psychometric tools. It is also why people find it so accurate and insightful. Although the Enneagram has an enormous amount of depth and complexity to it, one of Naranjo’s incredible contributions was to simplify this complex theory in a way that made it accessible to all. One of the Enneagram's strengths is that it can be grasped and applied very quickly by anyone regardless of their background or education level, but at the same time can take years to understand in its full depth.

A Map for Growth

The Enneagram describes personality types in terms of conscious patterns of thinking, feeling and behaving along with our unconscious “shadow” aspects. Growing up, we often learn to disown aspects of ourselves we think of as "bad" and eventually become unaware of them. These attributes become what is referred to as our “shadow” and represent everything we cannot see about ourselves but nevertheless show up in how we behave with others.

If we can become aware of these “shadow” attributes, and re-own them, we have the potential to grow and develop. As Beatrice Chestnut says, "this makes it an excellent tool for the hardest part of conscious work – realising, owning and accepting our blind spots." This approach is quite different from other approaches which often focus on what we need to do “more of” or “less of”. From the Enneagram framework, growth is not about being more or less of something, but occurs when we fully accept all of who we are and stop trying to be someone we are not.

Increases Self-Acceptance and Acceptance of Each Other

The Enneagram’s fundamental philosophy is that all nine types are equal. In this way the Enneagram increases acceptance of self and others, as we come to see all nine Enneagram types as “equally beautiful and problematic”[1]. The process of acknowledging and re-owning our “shadow” helps us move towards greater acceptance of ourselves “warts and all”, and therefore others as well. Rather than promoting one type over another as more desirable, it encourages us to see the unique strengths that each type brings, as well as the shadow of each type. This becomes invaluable when working together in teams, as it allows us to see the strengths of each Enneagram type or subtype, and harness these strengths for the benefit of the team as a whole.

Finally, the Enneagram is a complex but powerful mechanism for understanding ourselves and each other, and for creating more robust and engaged teams. It is a beautiful vehicle for sustained self-exploration, development and team effectiveness.

Chestnut, B. (2013) The Complete Enneagram: 27 Paths to Greater Self-Knowledge.